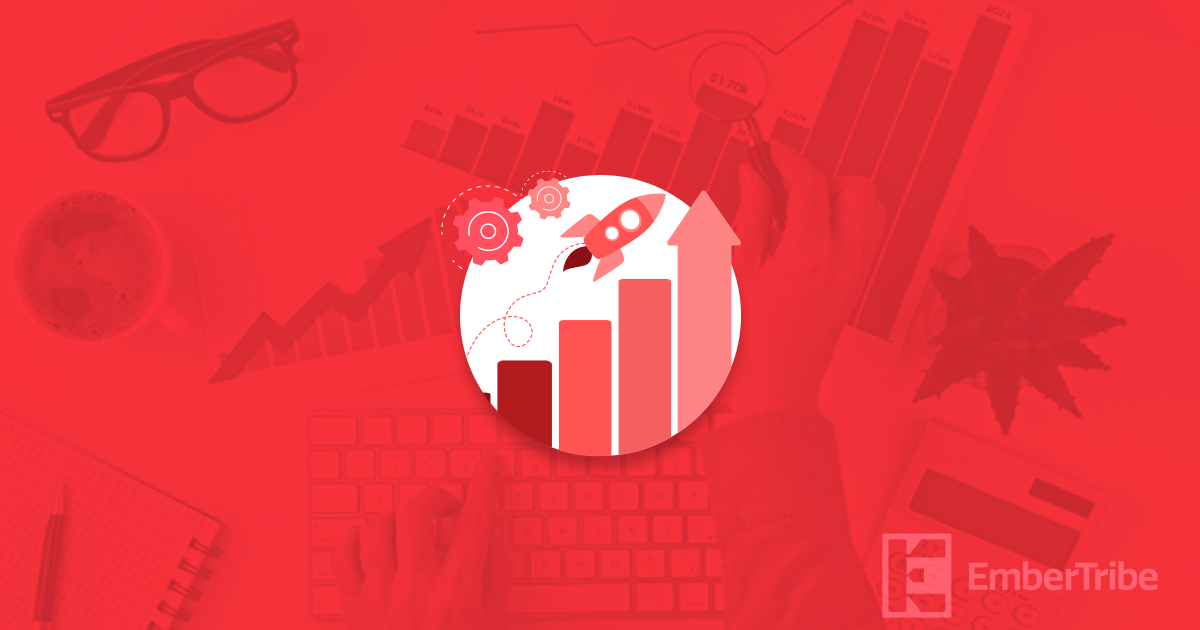 I haven’t always been vocal about milestones in our company’s history, but EmberTribe just turned five and this is a moment worth celebrating 🎉.

I’ve honed my craft in growth and digital marketing for 15 years, but ironically, have never been comfortable with self-promotion or self-congratulation.

Some of this shyness comes from the way I was raised. Mostly, I’ve been too worried that people will read what I write and think I’m trying to show off.

But as I grow older, I’ve realized:

So here goes nothing. Let me start with a highlight reel of where we’ve come as a team:

In the spirit of celebrating our 5th birthday and paying it forward, here are five pieces of advice about what I’d repeat.

1. Create a fully distributed team from the start.

When we started EmberTribe, I had conversations with friends and past colleagues who were excited to learn more about this new business.

They would ask, “so where is the central office? Downtown Boston?”

When I explained that there was no central office, and everyone worked remotely, that excitement quickly turned into a more subdued look that said, “Oh, I kind of thought this was a real thing.”

I would love to say that my co-founder and I predicted a pandemic 5 years in advance and knew that having our team accustomed to remote work would give us a strategic advantage.

We built the company as a distributed team, according to the belief that it would enable us to:

Who do their best work,

While living their best lives.

We didn’t predict that the entire world would follow suit (at least temporarily), but we acted according to our values around autonomy and personal freedom...and it worked out.

We made our first full time hire only three months into the business. This was a risk (worth taking).

It hurt financially when we had just secured 6 months of runway for ourselves. It felt like taking off the seatbelt while driving 100mph down a dirt road full of potholes.

One piece of advice before you hire: record everything.

In the early days you don’t just wear many hats, you wear them all (even when they don’t fit). So in the course of your day-to-day work, record your screen using a tool like Loom and file all of those mini tutorials into Google Drive or some other cloud-based, central repository like Trainual.

Once you’re ready to make your first hire, their entire onboarding process is ready to go. They can hit the ground running. As your new hire takes on more responsibilities, ask them to repeat this process of recording tutorials and prepare the way for the next person who may take their seat.

3. Create a sales and marketing machine (in other words: play offense)

Any business, but especially service-based businesses, can fall into the trap of only playing defense. That is, not investing in a consistent way to land new business. This results in a deadly trap of saying “yes” to everything a client wants or needs and spreading your resources too thin.

It’s a lot easier to say “no” when you have a full pipeline.

And this isn’t about sticking it to a client or two. It’s about creating a better experience for everyone at the table by sharpening a focus on your business’s core competencies.

Revenue also provides more opportunities for your team to grow professionally and take on more responsibility. It creates an environment where everyone can win and level up.

Besides having a full pipeline of prospects, I’d recommend developing a trusted network of referral partners and expect nothing from them in return. This is about being able to help clients in areas where you’re weak, even if you aren’t rendering the service directly.

4. Create meaningful incentives that align with your values and business goals

This is hard to do right. And because it was hard, we punted making decisions about creating rewarding incentives for our team longer than I would have liked.

Others have written and spoken at length about the nature of incentives and what motivates people.

So my addition to that conversation here is to say: create v1.0 of incentives as early as possible and do it with a dose of humility knowing that you’ll likely iterate and refine them as they are battle tested. Be open with your team and make your intentions clear that you want to reward the right type of performance, but that it might take some time to get things right.

Five years ago I believed in coaching, but thought it was a luxury. Something those who “made it” could afford.

Now I can see that it’s a necessity.

A coach with demonstrated experience and proven results is worth his or her weight in gold. It’s not always cheap, but it’s way more expensive to spend years trying to learn lessons that others have already mastered.

At first we hired coaches for ourselves as founders and for shorter engagements. But now, as resources allow, we’ve started to extend that to other players on our team.

In many ways, it feels like we’re just getting started. We’ve been making some large investments in the product side of our business (R&D and tech). More on that soon.

While I’m bullish on EmberTribe’s years ahead, I’m most excited to keep growing personally and professionally...into a better leader, husband, dad, friend, and teammate.

Erica Medina Sturgeon - My wife and best friend. Thank you for sharing a long-term vision and supporting me even in times where it was unclear if all of this would be worth it.

T.J. Jones - My co-founder, who demonstrates humility daily and genuinely cares about his people and their personal growth.

Michael Ly - Founder and CEO of Reconciled. Our bookkeeper and fractional CFO from day 1 who has been in the trenches alongside us and provides more than just a service.

J.P. Vanderlinden - Our Director of Operations at EmberTribe and longest-standing team member who has been an integral part of our growth story.

Ryan Kuder - For inviting me into the Techstars family of mentors from the beginning of his program, Techstars Anywhere. He’s a great leader who also embodies compassion at the highest level for founders.

Jerry Logan - My closest friend and confidant. He’s been a sounding board and anchor to normalcy as a voice outside of this industry. He’s also skilled at inducing gut-splitting laughter at the most unexpected, welcomed times.

Previous Story
← Giving Thanks: Using Thank You Messages in Your Email Marketing
Next Story
Gamification Marketing: When Playing Games is a Good Thing →

Why Marketing Funnels Are Your Key To Converting Customers

How Ad Testing Can Help Your Brand Reach Upstream Buyers