Facebook is a powerful paid social advertising platform, but it doesn’t scale the same way as paid search. In this post, you'll learn the 3 rules for Facebook ad scaling that we swear by (and why).

In this quick tip video, we’ll demonstrate how you can best scale your ad spend without killing the performance of key metrics like cost per lead.

These three "rules" are what we used to scale one client's efforts on Facebook from 0 to 400k new users every month (you can check out that case study here).

We're going to share the scaling strategy we use for our clients that allows us to spend more each month, increase the volume of incoming qualified leads, all without hurting the performance of those campaigns.

When you follow these three rules for scaling Facebook ad campaigns, you can help save your performance as you increase ad spend.

There are so many targeting options to choose from on Facebook, it's easy to get excited about getting very, very granular, and specific about who you want to target.

But if your audience size is too small, you're not going to have enough runway to scale your ads. Remember: there's always going to be opportunities down the line to create more segments. Don't overdo it from the jump!

Instead, if you find that a certain segment of your target audience has responded well to your campaigns so far, you should optimize for that segment. It's important that you don't shoot yourself in the foot by creating a too-small audience size from the start. 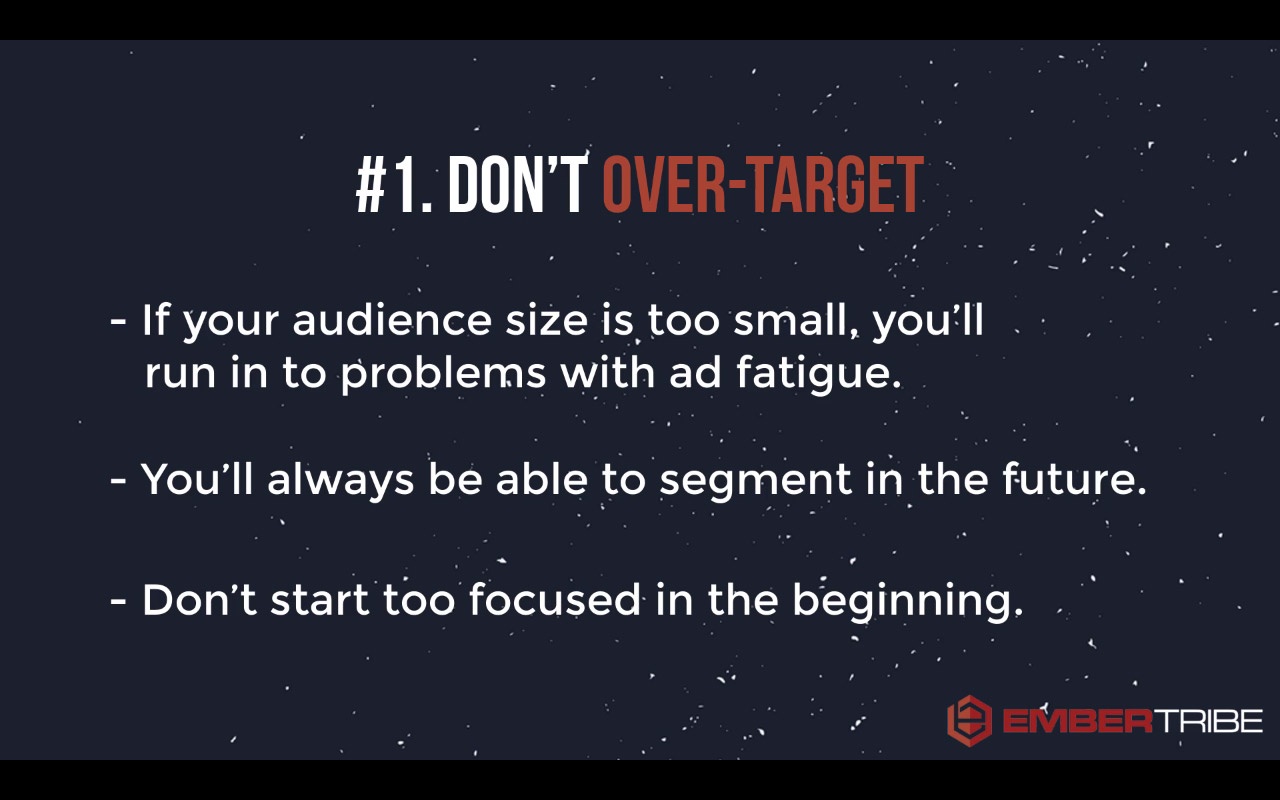 Rule #2: You have to expand to new audiences.

Don't get so locked in on one audience segment that you're going after because eventually, you're going to wear them out.

You need to get creative about the ways that you can expand to new audiences. That means taking full advantage of partner categories in Facebook, different interest targets, and especially using options like lookalike audiences.

Make sure that once you've converted a healthy number of people, you want to create a lookalike audience to allow Facebook to start expanding the target reach of your ads. 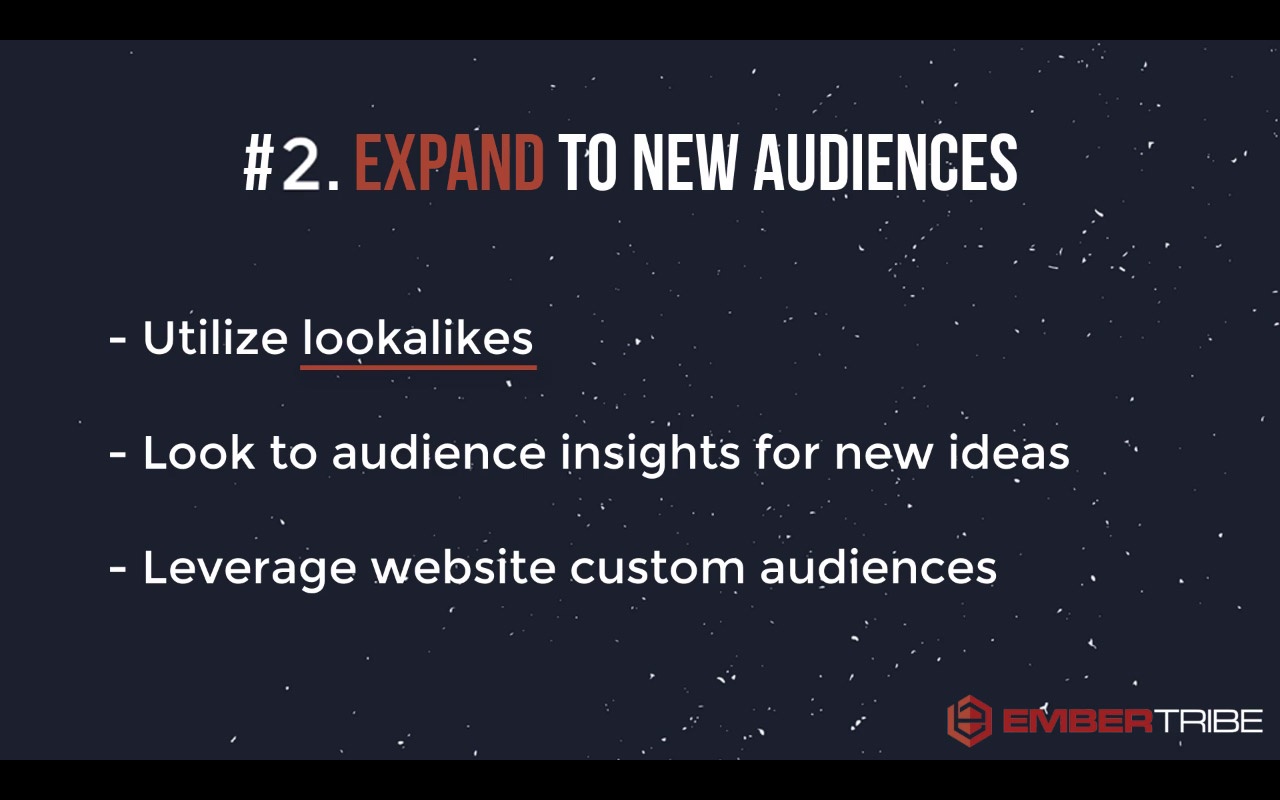 This third rule is very important. It's probably the most important rule when it comes to scaling your campaign—be mindful about how you manage your budget.

Oftentimes, the biggest mistake that we see advertisers make is that when they see something work, they have a knee-jerk reaction that they need to pump ad spend in their campaign. Unfortunately, this turns into blowing the doors off of their budget.

What you want to do instead is very incrementally increase the budgets.

The reason for this incremental increase is that Facebook optimizes through an algorithm that determines who they should show your ads to, based on who they think will respond most to your message.

If you give them too much information to optimize for, the algorithm can't work correctly. In other words, if you've increased your budget too much and try to get too many people through the funnel, Facebook just won't be able to keep up.

So, your Facebook ad campaigns need time to adjust to a new level of budget.

Try to wait two or three days before raising the budgets on your campaigns if you're testing a new angle or you launching a new ad set.

When you do raise the budget, keep each budget increase as incremental gains, like 30 to 50 percent increases to the budget.

That's going to safeguard your ads against seeing major campaign performance decline. Over time, you'll be able to scale to a higher budget...but without tanking all the hard work the algorithm has done for you so far.

There's a lot more that goes into managing your campaign than these three rules. But with these principles, you're going to be head and shoulders above 90 percent of the advertisers that don't have this 3-rule framework to scale their campaigns.

Good luck, and may your next campaign scale beyond your wildest dreams!

Find out how EmberTribe can manage your Facebook ad campaigns for you by booking a call with one of our growth experts.