Grow Your Facebook Audience For Free In Under 10 Minutes [Video]

This is the first installment of a tutorial video series called, Quick Tip Tuesday #QTT! It's a weekly series of videos that bring you highly actionable advertising tactics in 90 seconds or less.

In this first episode of "Quick Tip Tuesday", we'll walk you through how Facebook advertisers can grow their audience for free while they run their campaigns.

If you want to make the most of your campaigns, spending 10 minutes or less each week, this tip is for you!

💡 Boost your Custom Audience match rate with this quick tutorial. →

Hey there, in this quick video I wanna show you how you can get more mileage out of your Facebook advertising campaigns without spending more money and really spending no more than 10 minutes a week.

This is going to make your advertising campaign more effective, it's going to let you take advantage of interacting with
some of the people who have been interested in your ads, but haven't taken action yet.

So let's take a look.

The beauty of running Facebook ads is that it's a social platform, so as you run ads, people are going to start liking and sharing your ads. So what I want to show you is in three easy steps, how to make the most of when people engage with your ad.

Step one is you have to find your ad in the Ad Manager. Now, we're gonna click Preview which is that little eyeball in the upper right. 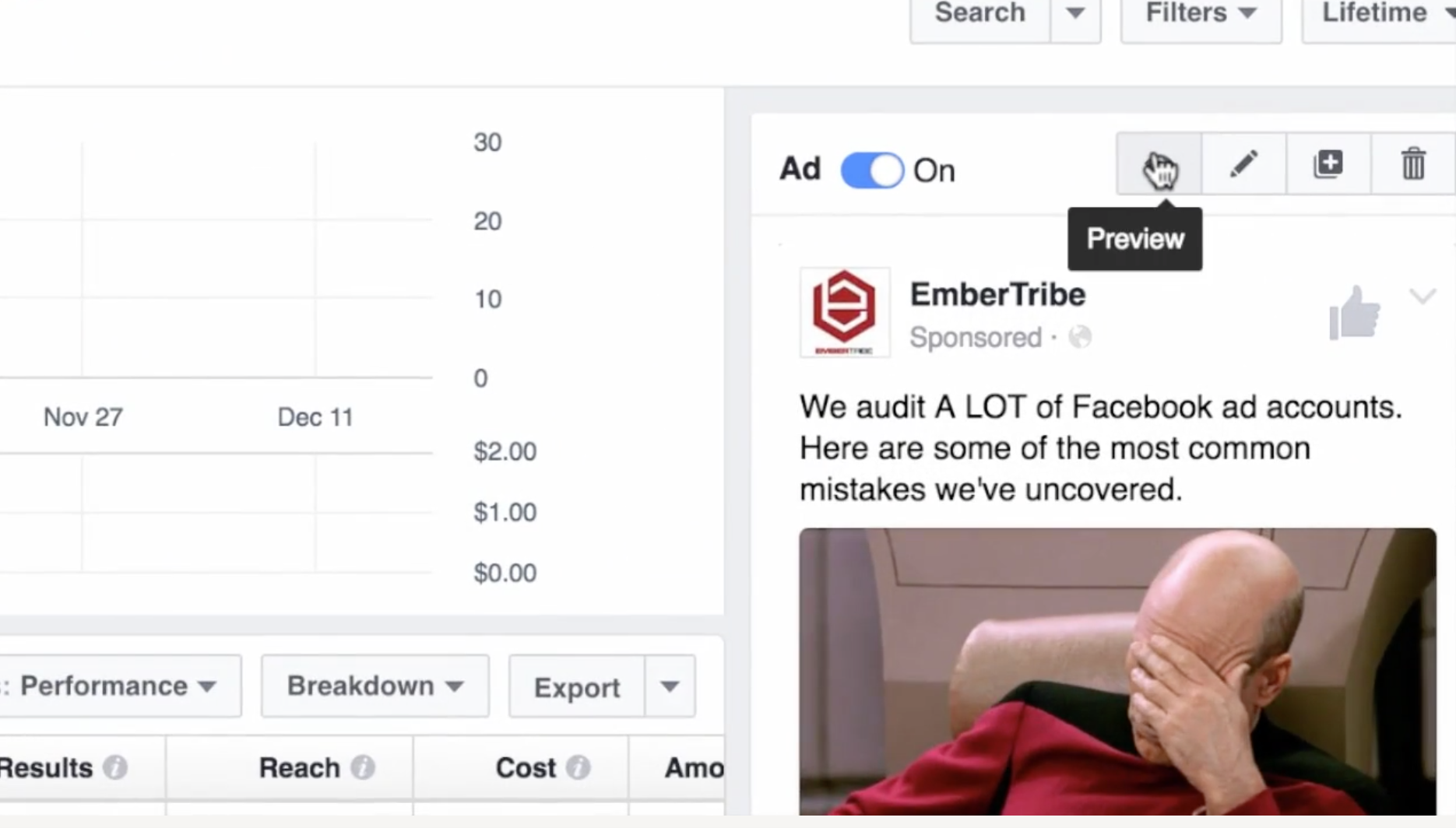 Okay that this point, scroll down and click the link where it says View Post Permalink with Comments. Okay, (step two) the next thing that you're gonna do is go down here.

You're going to see where people have liked or engaged with your ad.

Now step three, there's an option here to invite the people who have liked this post.

Now here's the beauty of this; you might have paid for the ad to get it out there and to get it in front of people, but inviting people to like your page is actually completely free. 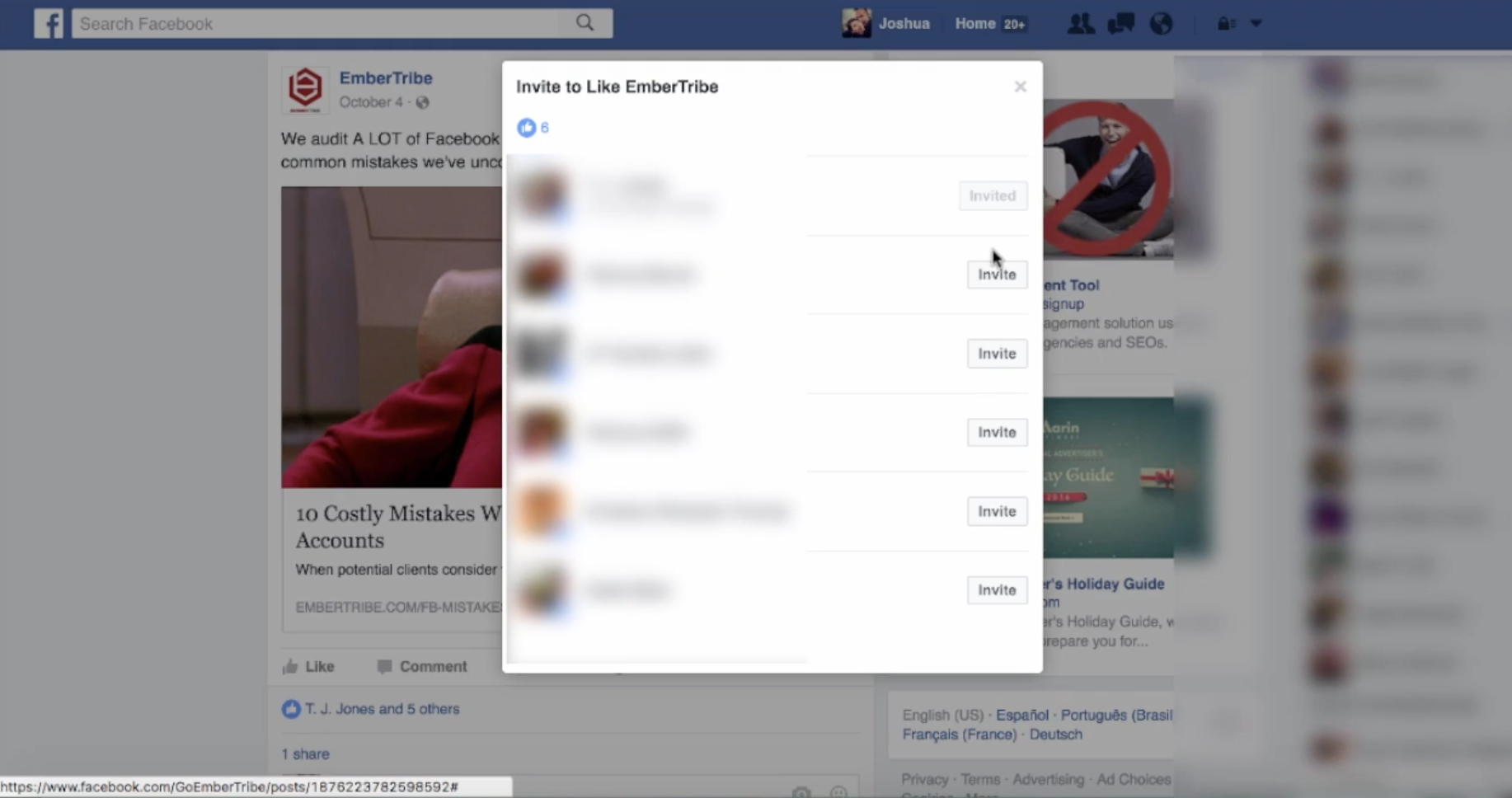 Now great, six people, big deal. We attracted some new followers to the page, but what if you have an ad that you run for a lot longer and say there's like a thousand or so people who liked it?

Well now you can go through and start inviting all sorts of people who have engaged with your ad and showed interest in the content that you're sharing. When you've built up a decent amount of social proof (which is basically digital advertising gold), you can reuse that ad with social proof for different audiences.

So use this tactic to make the most out of your Facebook advertising by inviting people for free to your site to like your page.

Previous Story
← 10 Costly Facebook Ads Manager Mistakes And How to Avoid Them
Next Story
Welcome to the Tribe, J.P. VanderLinden →