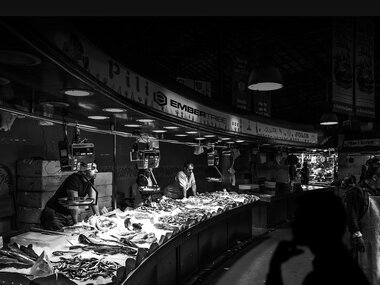 How to do Market Research Using Facebook’s Free Tools

There’s one thing that can make or break your marketing efforts and that’s how well you know your audience. You can’t put a price tag on knowing what makes your prospective customer tick.

This information used to be available to only large corporations with budgets that could afford market research firms.

🎯 Hit your targets with our free Facebook Ads Course →

In this episode of Quick Tip Tuesday we’ll show you how to mine this information in a matter of minutes using free tools provided by Facebook.

The one thing that will make or break your marketing campaign is how well you know your audience. And it used to be that it cost hundreds of thousands of dollars to get this information.

You hired a market research firm, you did focus groups. But now you can use simple tools provided to you by Facebook to get the same information.

I want to show you how to do that in a matter of minutes so that you can know your audience better than you ever thought was possible, speak to them clearly, and call them to action.

So the step leading up to this is to take an existing customer list or a list of leads and create a custom audience in Facebook.

That's where you'll be able to start using this tool. 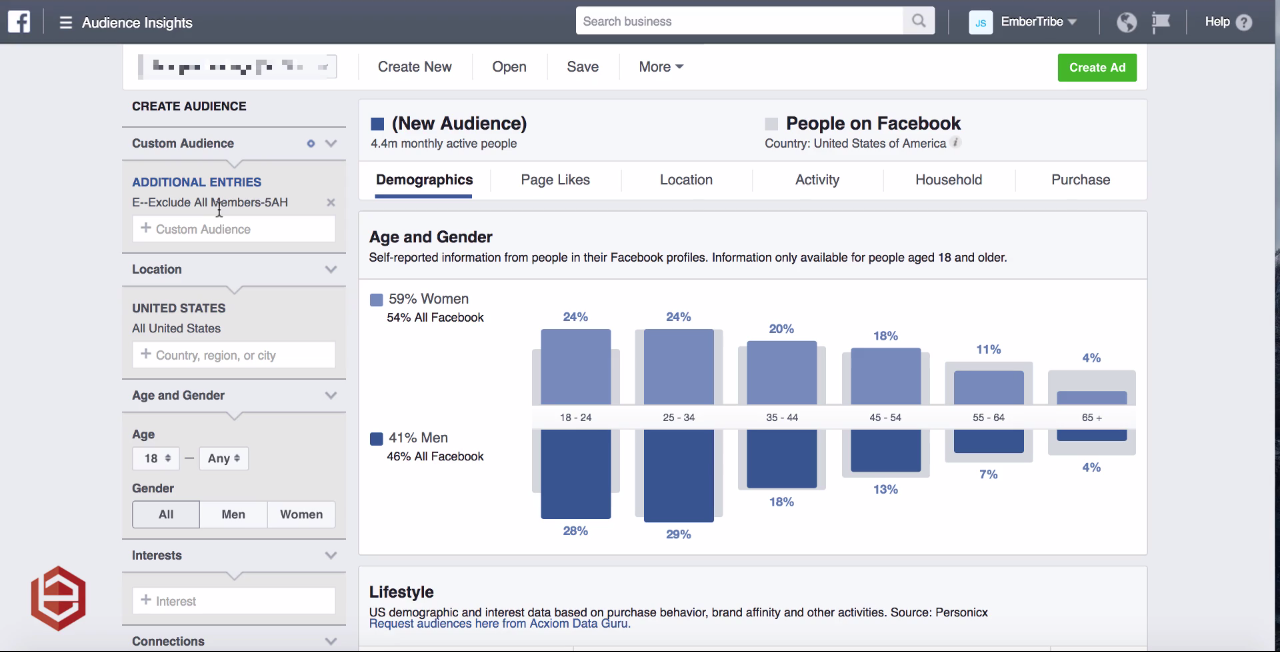 Then you'll select the Audience Insights tool under the Plan section here in the menu.

Now we're selecting that list of customers or leads and we're starting to get some nice outputs and nice data points here, this is the information that would have cost a lot of money to get from a market research firm, and now it's here right for the taking.

I just want to highlight a few things, the first is that when you see the blue versus the gray, that's comparing your audience versus Facebook's average.

So in our case we're biased slightly towards women from this list, about 60% of the list is women. But the bigger takeaway is really the age range.

So we're looking at nearly 60 percent of that selected audience is between 18 and 34. So we're talking about younger folks in general, and now we're starting to build kind of a profile or understanding of the people
that we're marketing to.

So another thing we'll take a look at is the Page Likes.

Now these are on average the pages that people have liked throughout their course of being on Facebook, and it starts to put together a nice kind of rounded view of their interests, so the TV shows that they watch, the musicians that they follow, whatever other types of programming is in here, it can be very revealing, and this can actually be really good creative fuel. 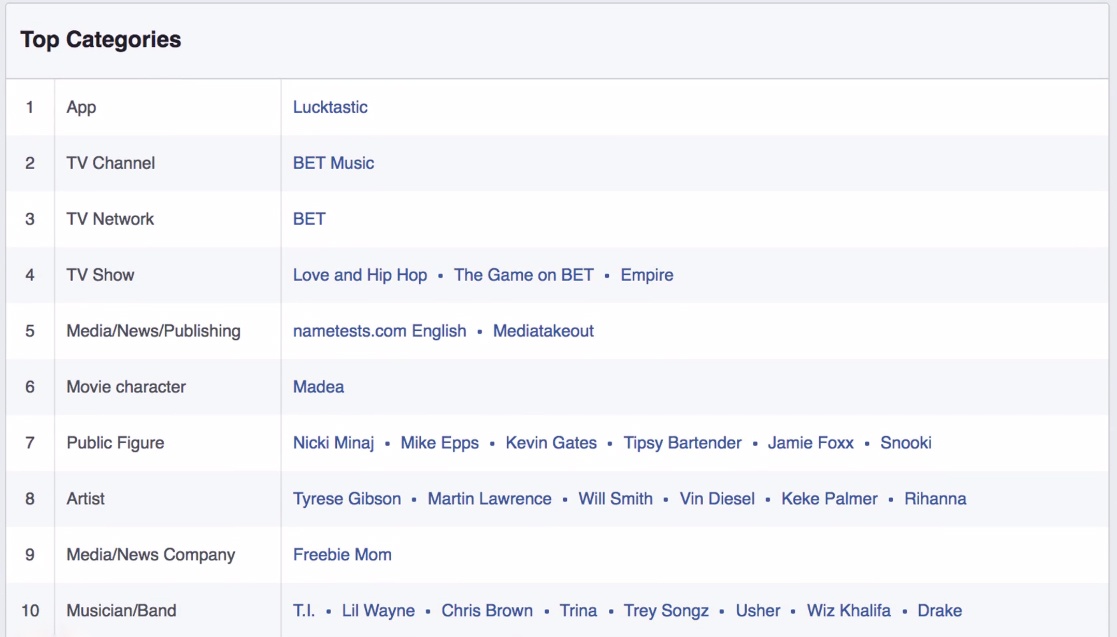 So as you're writing your messages or you're doing your ad creative, think about some of these really well known names and how you night be able to leverage them when getting in front of your audience.
I'm gonna skip over here to the Activity tab and what this reveals to us is just about the devices that our audience is using when they're on Facebook. And what stands out to me here is that we have a high percentage of Android users compared to the Facebook average.

So that tells you a little bit something about the device preference, the fact that they are mobile only also, they're mostly on their phones when they're browsing Facebook, compared to the average.

Another one here is to look at the Household tab, and what this reveals is household income.

Now you can see that we're biased here towards the lower end of the income spectrum, so maybe 30 to 40 thousand dollars a year. The bulk of our audience makes less than $50,000 a year. And they are renters. 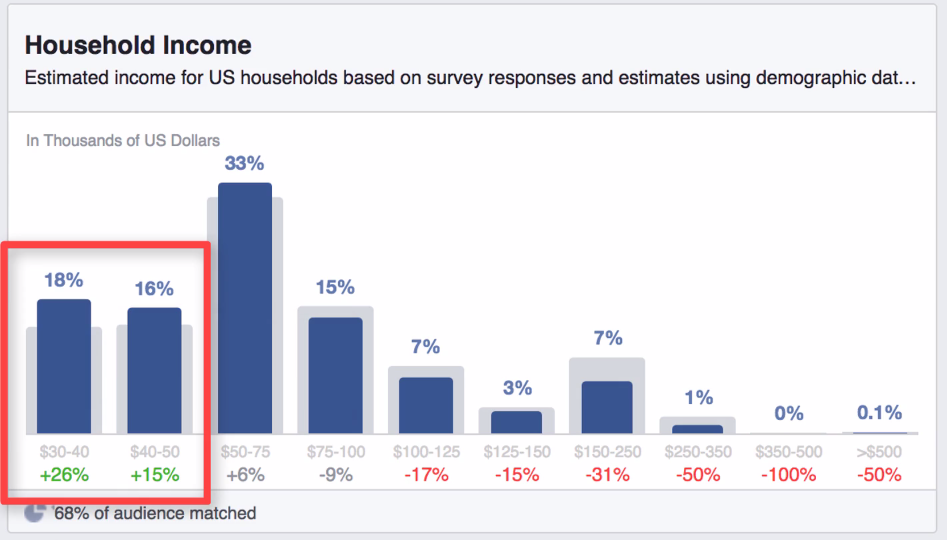 So if we just pause here for a second and we think, okay, we're talking about people who are primarily between the ages of 18 and 34, we know their interests, some of the shows that they like, some of the music they like to listen to, and we know that a disproportionate amount of them are using Android devices. And they make under $50,000 a year, usually between 30 and 40 thousand dollars a year.

So we're piecing together a nice picture in a matter of minutes of who our audience is. And another thing here is even Spending Methods.

So we can see that this really sticks out, they're a primarily cash spending audience.

So maybe these are younger people who haven't established credit yet so they don't have credit cards, and their primary means of spending is to use cash or a debt card.

So again, here in just a matter of minutes we've been able to get some more insights that are really  actionable about how we might want to reach these people, how we might want to call them to action in terms of making a purchase, and really what their household situation looks like. 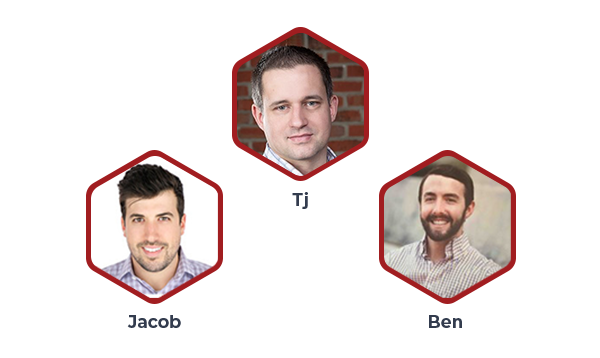 These Stories on Copywriting

Launch Ads That Win Over Your Competitors' Customers